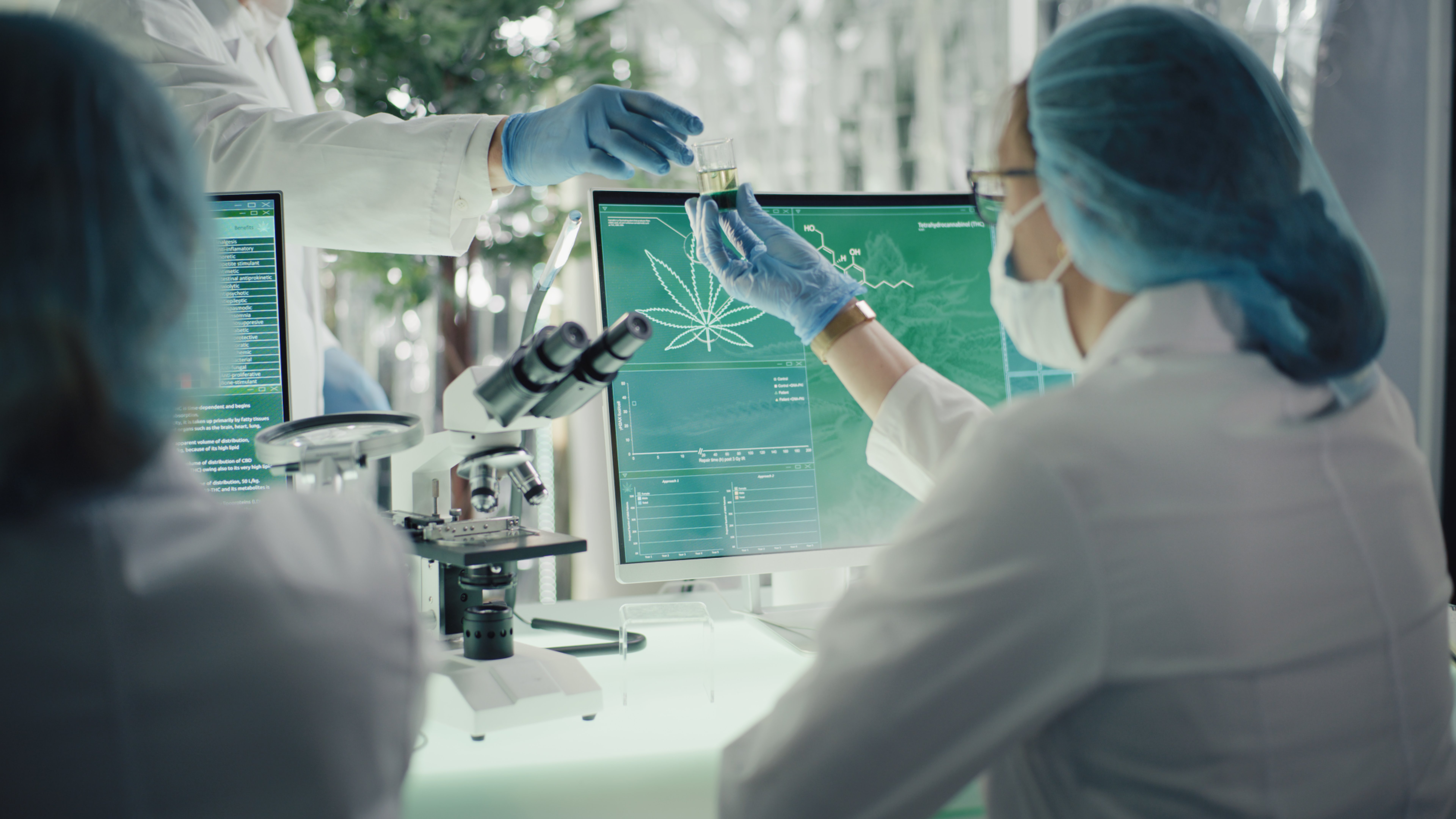 How has the cannabis industry developed in 2022

In recent years, a growing number of countries have legalized cannabis for medicinal purposes, recognizing the potential therapeutic benefits of the Cannabis Sativa plant. At the same time, several countries and states in the U.S. have also legalized cannabis for adult recreational use, as attitudes towards the drug have become more liberal. This trend is expected to continue in the coming years, with more jurisdictions likely to legalize cannabis in some form.

Broughton’s Group Marketing Director, Merran Wrigley, considers three of the big stories we’ve been tracking this year as we launched our new medicinal cannabis and CBD services to evaluate how this rapidly emerging new industry is developing.

Californian testing lab closures: the canary in the coal mine

One of the surprises of 2022 was the shift from boom to bust in the cannabis golden state of California. Long seen as the poster child of U.S. cannabis legalization, by the second half of the year, cannabis testing labs across California had begun to shut down due to new state-wide regulations. These regulations, which were implemented to ensure the safety and quality of the cannabis products being sold in the state, have proven too strict for many labs to comply with and remain profitable.

One of the main reasons for the closures is the requirement for labs to have a state-approved quality assurance plan in place. This plan must outline the procedures and processes that the lab will use to ensure that the cannabis products they test are free from contaminants and meet the state’s standards for potency and purity. Many labs have struggled to put these plans in place, either because they don’t have the resources or expertise to do so, or because they simply can’t afford the time and money it takes to develop and implement such a plan. As a result, many labs have been forced to shut down, leaving the state with a shortage of testing facilities.

This shortage has had several negative effects on the cannabis industry in California. First and foremost, it has created a backlog of testing, with some labs reporting wait times of up to three weeks for results. This delay has forced many cannabis businesses to halt their operations, leading to lost revenue and layoffs. Additionally, the lack of testing labs has led to a decrease in the overall quality of the cannabis products being sold in the state. With fewer labs available to test for contaminants and potency, it’s likely that some untested products may be slipping through the net and making their way onto store shelves. This not only puts consumers at risk but also undermines the state’s efforts to regulate the cannabis industry and ensure that only safe and high-quality products reach consumers.

The experience in California illustrates that there are huge challenges to liberalizing access to cannabis while ensuring product quality, efficacy, and safety. Governments need to fully understand the implications of liberalizing without an effective regulatory framework in place. The experience in California also illustrates the need to ensure the industry itself has the capabilities to build a robust, quality-focused supply chain and testing regime.

Another unexpected development in the American cannabis industry came with President Biden’s announcement of a review of cannabis federal regulations. This move has been met with both praise and criticism from advocates and opponents of marijuana legalization. One of the main reasons for this review is to address the inconsistency between state and federal laws on marijuana. Currently, cannabis is legal for medical and recreational use in 36 states and the District of Columbia but is still classified as a Schedule I drug under U.S. federal law. This means that it is considered to have a high potential for abuse and no accepted medical use.

The review will be conducted by the Office of National Drug Control Policy (ONDCP) and will focus on several key areas, including public health, criminal justice, and the potential economic benefits of marijuana legalization. The ONDCP will also consult with federal agencies and state officials to gather information and make recommendations on how to address the inconsistency between state and federal laws on cannabis. Some advocates of marijuana legalization are hopeful that this review will lead to the federal legalization of cannabis. They argue that legalization would provide numerous benefits, including generating tax revenue, creating jobs, and reducing arrests and incarceration rates.

President Biden has made it clear that he does not support the legalization of marijuana at the federal level. However, he has also indicated that he is open to reforming the way that marijuana is treated under federal law. One of the main areas of marijuana reform that President Biden has focused on is the issue of criminal justice. He has expressed support for measures that would reduce the number of people who are incarcerated for marijuana-related offenses and has called for the expungement of past marijuana-related convictions.

In addition to criminal justice reform, President Biden has also indicated that he is open to allowing states to legalize marijuana without interference from the federal government. Under current law, marijuana is illegal under federal law, even in states where it is legal. President Biden has indicated that he would like to see the federal government respect the decision of states that have chosen to legalize marijuana if they have strong regulatory systems in place.

Due to the power of state legislators in the U.S. political system, it is unlikely there will be federal legalization without the ability for individual states to opt out or overlay their own regulations on top of federal laws. This means the fragmented nature of the U.S. cannabis market looks likely to continue for some time which may possibly mean the U.S. loses much of its first-mover advantage in the cannabis industry as other countries move to full legalization.

CBD novel food in the UK/EU

In the United Kingdom and the European Union, edible consumer CBD (cannabidiol) products are regulated as a novel food, which means that they have been classified as a food or food ingredient that has not been widely consumed before May 1997. Under the regulations, any food or food ingredient that is a novel food must go through a pre-market safety assessment before it can be sold.

To be able to sell CBD as a novel food in the EU or UK, companies must first submit a novel food application, which includes information about the safety and intended use of the product. In the EU these applications are reviewed by the European Food Safety Authority (EFSA), and in the UK they are reviewed by the UK's Food Standards Agency (FSA). The rules for novel foods are largely the same in the UK and EU. Hundreds of consumer CBD manufacturers have submitted novel food applications to either EFSA or FSA.

After receiving numerous applications, the European Commission requested that the EFSA provide its opinion on the safety of CBD for human consumption. At the end of summer, the European Food Safety Authority (EFSA) announced that it was unable to determine the safety of cannabidiol (CBD) as a novel food at this time due to the lack of data and uncertainties about potential risks associated with consumer CBD intake. The EFSA's Nutrition, Novel Foods and Food Allergens (NDA) expert panel had received 19 applications for CBD as a novel food, with more expected. They concluded that there was currently insufficient data on the effects of CBD on the liver, gastrointestinal tract, endocrine system, nervous system, and psychological well-being in these applications. Previous animal studies of medicinal CBD products have shown significant adverse effects, particularly in relation to reproduction, and the EFSA emphasized the importance of determining whether these effects also occur in humans.

According to Professor Dominique Turck, Chair of the NDA Panel, "We have identified several hazards related to CBD intake and determined that the many data gaps on these health effects need filling before these evaluations can go ahead. It is important to stress at this point that we have not concluded that CBD is unsafe as food."

Ana Afonso, Head of Nutrition and Food Innovation at EFSA, stated that it is the responsibility of applicants to provide the necessary information to fill the data gaps. EFSA is engaging with applicants to explain how the additional information can be provided and has held information sessions for applicants and other interested parties to discuss this issue and the novel food regulations more generally.

In the meantime, the consumer CBD market in the UK and EU is effectively frozen. Hundreds of often small, independent manufacturers have provided substantial dossiers to support their novel food applications but none have received marketing authorization and the industry is effectively paralyzed. Companies don’t want to invest more resources in new products and innovation before understanding where regulators will set the bar for CBD as a novel food. In many ways, 2022 has been a frustrating year for many in the consumer CBD sector. While consumer interest and acceptance of consumer CBD products for therapeutic purposes is growing, manufacturers feel the industry in the EU and UK has stalled. It remains to be seen if 2023 will bring a breakthrough so the industry can move forward.