What does 2023 have in store for the next-generation nicotine sector? 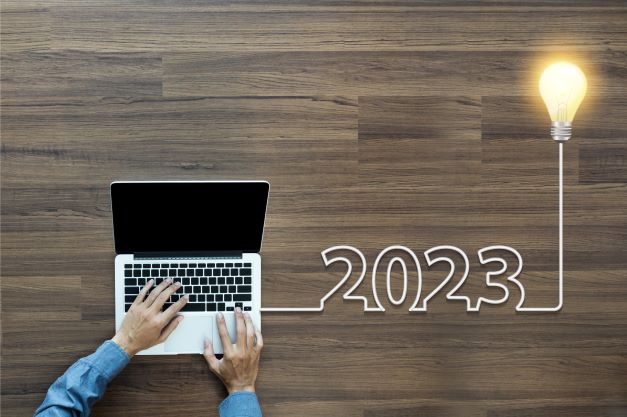 What does 2023 have in store for the next-generation nicotine sector?

Broughton’s Chief Scientific and Regulatory Officer, Dr Nveed Chaudhary outlines some of the things to look out for in the coming year.

The industry has been waiting for TPD3 for some time but 2023 could well be the year when we start getting a better understanding of where discussions will focus.

Expect a whole range of information and opinion pieces to start being published around these core issues as we get into the new year. TPD3 will obviously have an enormous impact on the next generation nicotine category in Europe, but it also has the potential to impact the regulatory agenda in many other countries outside the region.

The Middle East has long set its sights on becoming a global hub for innovation, and the growing popularity of next generation nicotine products in the region is no exception. In recent years, there has been a surge in interest in next generation nicotine products in the Middle East, and as product availability has increased more people are turning to these products to quit smoking or reduce their tobacco intake. Two of the most popular product categories in the Middle East are e-cigarettes and heated tobacco products, both of which have become increasingly popular among young people in the region.

Middle East entrepreneurs are now looking to develop their own nicotine delivery devices with the ambition not just to capture local market share but target European and North American markets in the future. There are now several new and innovative nicotine-based products being developed in the region including companies developing new forms of nicotine gum and lozenges that are more effective at delivering nicotine to the body, as well as innovation around new nicotine inhalers and sprays that are more portable and convenient to use. With continued high instances of tobacco use, a youthful, tech-savvy population, and the long-term vision to turn the region into a technology and innovation powerhouse, the Middle East is set to position itself at the forefront of nicotine innovation.

Growing interest in cannabis and other new actives

With the growing acceptance and legalization of cannabis, many tobacco and next generation nicotine companies have been beginning to make investments and acquisitions in the cannabis industry. These moves make perfect sense for several reasons: first, the demand for cannabis is increasing rapidly and the global trend is towards more liberalization. As more countries legalize marijuana for medical and recreational use, the market for cannabis-based products is expected to expand rapidly. This presents a significant opportunity for tobacco and NGP companies looking for new business areas to expand into to grow or maintain revenue streams.

Second, the traditional tobacco industry is facing increasing challenges. Increased regulation and the rise of e-cigarettes and other NGPs has led to a decline in traditional cigarette sales in developed markets, forcing many companies to look to diversify their product offerings to replace lost revenue. Adding cannabis-based products to their portfolios allows these companies to tap into a new and growing market.

Third, many of these companies already have the infrastructure and expertise in place to produce and distribute cannabis products highly effectively. The production and distribution of cannabis products are heavily regulated, and nicotine-related companies already have huge experience navigating complex regulations, dealing with government agencies, and ensuring ongoing compliance across complex product portfolios. Overall, the move into cannabis presents a significant opportunity for tobacco and nicotine companies.

Cannabis is not the only new active being considered by the sector though. Expect to see a growing number of potential new active ingredients being talked about in 2023. These could be wellness and health-related or more focused on leisure and relaxation. Substances as diverse as coffee, turmeric, and elderflower could make it onto the shelves. And innovation is not just focused on replacing nicotine as the active ingredient, there is also research to discover new excipients or carriers as scientists look to remove tobacco altogether and replace it with a non-harmful carrier for nicotine.

We’re excited to see what the next 12 months will bring. Undoubtedly, in 2023, the next generation nicotine sector will continue to be powered by insightful science, exciting innovation, and huge amounts of human creativity. The past few years have shown that whatever the challenges, the industry has continued to grow and strengthen, attracting new entrants and adding to the body of knowledge to support the concept of tobacco harm reduction and help promote less harmful nicotine products.